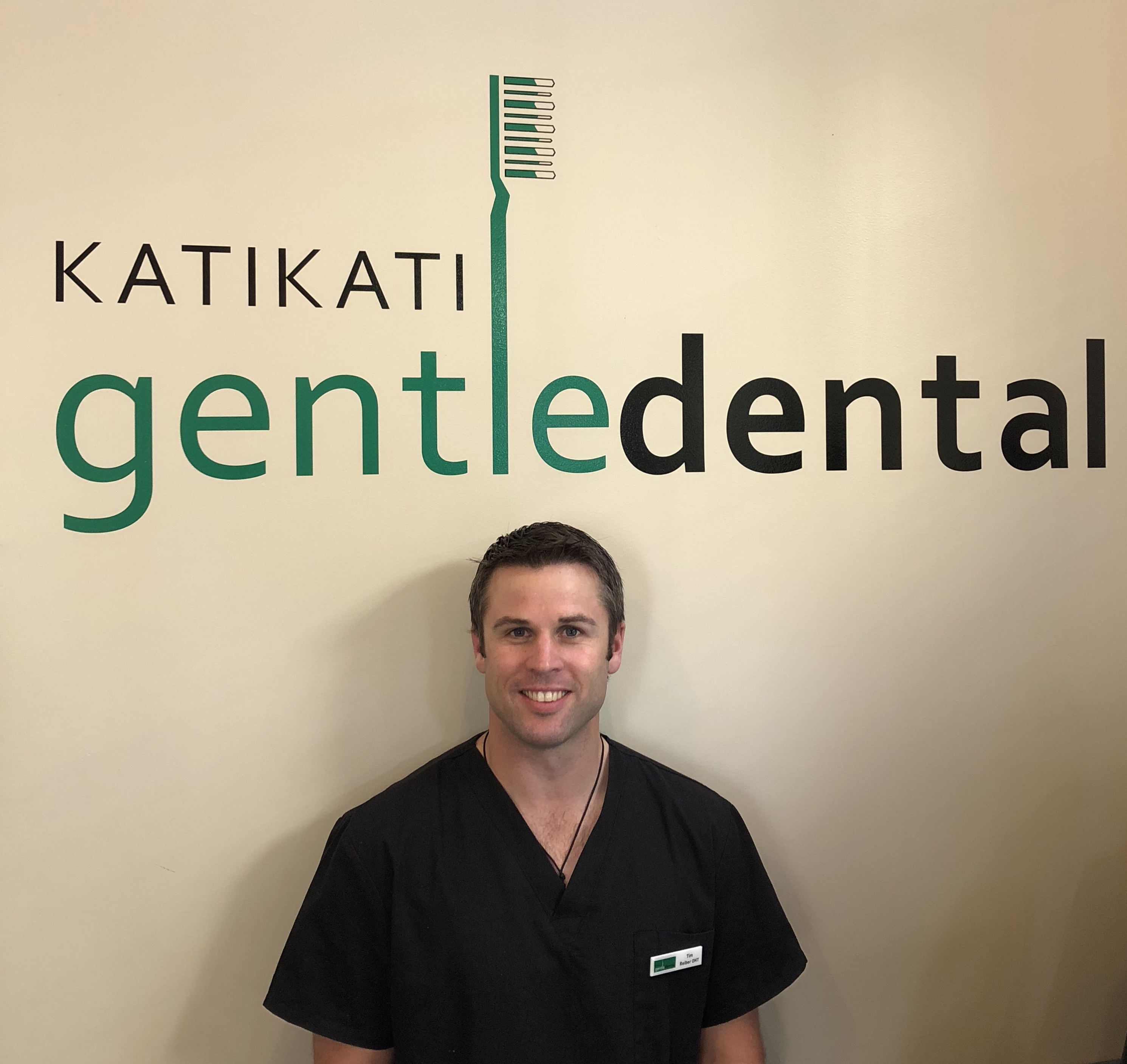 Tim has always been interested in health, discovering his passion for dentistry while on an operational deployment to Afghanistan, where he noticed the effects that dentistry can have on people’s quality of life.

Tim served 10 years in the New Zealand Army as a medic, concentrating on pre-hospital emergency care. During this time he loved meeting new people and working to improve general health, while also being responsive to any situation that might arise.

After his experience in Afghanistan Tim was motivated to pursue a career in Oral Health and has obtained his Bachelor of Oral Health from Otago. Tim loves to work with patients to make a positive change with an aim to applying a preventative approach, mostly focusing on education. He hopes to empower his patients to improve and maintain their oral health. Tim enjoys carrying out a variety of clinical procedures such as treating gum disease, tooth whitening, fillings on teenagers and taking orthodontic records.

Tim is still serving in the New Zealand Army as a Lieutenant in the Army Reserves. This role sees him manage the Reserve Medics for the upper North Island and plan all their training while encouraging and enabling their career development. While in the Regular Army Tim was deployed in 2004, 2006 & 2007 to Afghanistan, The Solomon Islands and Korea.

Tim moved from Dunedin to the Bay of Plenty with his wife Sonia and young son Tarquin. When time allows, his hobbies are: football (soccer), cycling, the outdoors and pretty much anything that involves water.

For a limited period, we are pleased to offer you an enticing discount on some of our wonderful treatments and services.